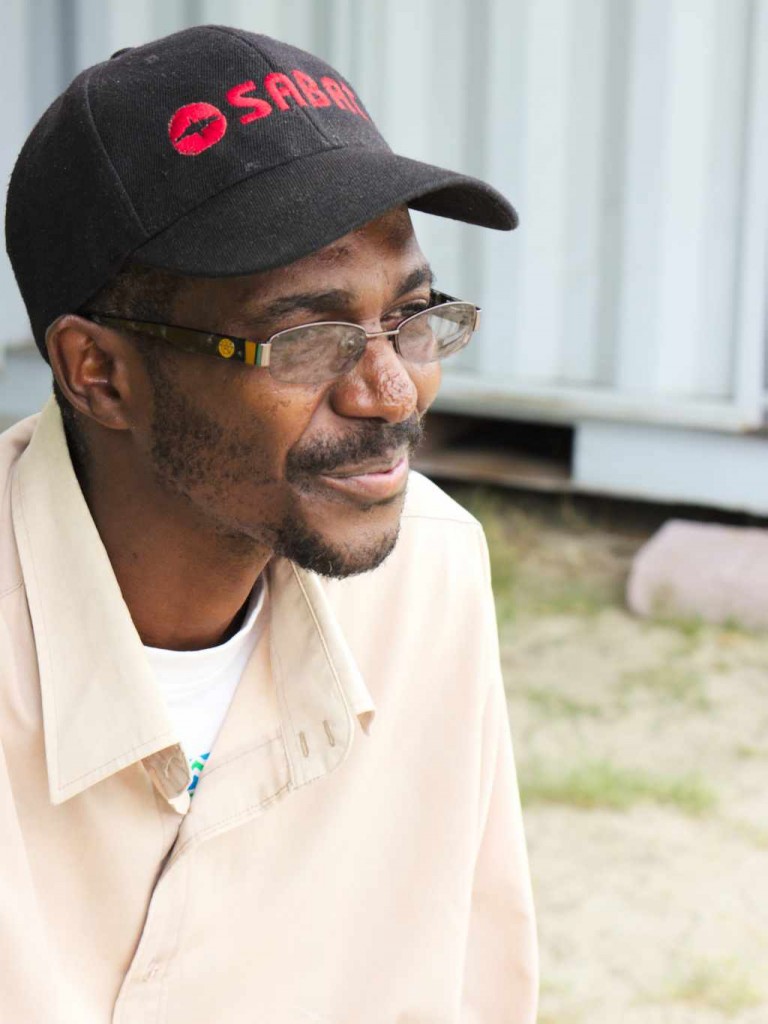 Globally, South Africa has the highest number of people living with HIV. Yet many antiretroviral medicines, including the medicines used to treat people failing on 2nd line antiretroviral therapy, are not provided in the public sector. 3rd line medicine are expensive as they are under patent and no generic versions of these medicines are available.  Additionally few fixed dose combinations are available.

Thembisile Ferguson Madikane has has a long standing relationship with the Ubuntu clinic in Khayelitsha. He talks about Ubuntu as if the clinic were an old friend. They have been through everything together, at the forefront of HIV treatment in South Africa. Thembisile began taking first-line ARVs when they were unavailable in the public sector, when only Ubuntu supplied these medicines free of charge. Now, a decade later, Thembisile and the clinic are once again a step ahead of the public sector – this time, in their use of third-line treatment for HIV.

“Within just a few weeks of starting my new treatment, I felt better.”

Thembisile Ferguson Madikane was diagnosed HIV-positive in 1999. He began antiretroviral (ARV) treatment in 2000, paying R1,800 a month out of his own pocket for ARVs which were not available in public health facilities.

But before long, Thembisile found himself jobless and no longer able to afford the medication. “My mother heard about [the Ubuntu clinic in Khayelitsha] on a radio programme, and I came [to Ubuntu], unable to walk. I was so weak, I had to be carried in,” he remembers. At the time, Thembisile weighed a mere 35 kilogrammes despite his 1.8 metre frame. Without the support of the clinic, which supplied ARVs before they were offered in the public sector, it is unlikely Thembisile would have made it.

By 2005, the treatment no longer worked for him, so Thembisile switched to a second-line regimen. He recognises his own responsibility for failing first-line treatment. “I was not taking care of my body properly …,” he admits. “I would forget [my medicine], although I had a support system around me… When you are drunk…you forget. That one day becomes another day, and then another day.”

I ask Thembisile how he changed his life after starting second-line treatment. “First of all, I stopped drinking. It’s been so long now since I stopped drinking.” The strong support of his family also helped him to keep going. “If you are [taking] medication every day…you are bored and tired. The support system must be around you. Everybody in my house—they know my status… It’s much easier if they know what is happening…. And everybody knows what [I take] at what time.”

Despite good adherence Thembisile fell sick again. “One day, my second-line didn’t work. I felt sick… I had no energy, I slept all the time, I didn’t want to do anything. At my job I don’t lift anything, I just file papers all day, but I would still come home exhausted.”

In September 2011, with a CD4 count of 405 and a viral load of 1000, Thembisile became one of a handful of patients who currently receive third-line regimens from Ubuntu. Yet again, if the clinic had not provided these ARVs ahead of government, he would not have had the life-saving treatment that he desperately needs.

Within weeks of starting third-line treatment Thembisile felt like a new person. “Now I have energy, I have lots of hobbies, I like to go out, I like to be around people. My friends say, ‘Hey, you’re out all the time!’ Because they were used to me being inside.”

Thembisile’s doctor, Karien Conradie, sees great improvement in his health. By January 2012, a few months after starting third-line, Thembisile’s viral load was undetectable and his CD4 count had shot up to 698. He had also put on weight, gaining two kilogrammes in just one month.

Since third-line is an expensive last resort, the doctors at Ubuntu do not prescribe it without good reason. “We go through a long process, because most people who are failing second-line don’t actually need third-line. If they just adhere better the second-line drugs will still be effective,” explains Dr. Conradie. She points out that adherence is the main focus of Ubuntu’s monthly support groups. “But for some people, like Thembisile, even if they adhere well, the drugs still won’t work and they will need third-line.”

“Once we’re sure that [a person’s] adherence is good, we do a genotype test,” explains Dr. Conradie. “Only Médecins Sans Frontières (MSF) or private organisations do genotype testing…[which] tells if the patient’s HIV is resistant to second-line drugs or if [the drugs] are working. Genotyping will specifically say which drugs a patient is resistant to, so that way, you don’t have to guess.”

In South Africa, third-line treatment is only available through private clinics or specific providers, such as MSF. This is mainly because many drugs used for third-line are under patent, and therefore much more expensive than the first- or second-line options. Third-line regimens can cost more than R34,000 per patient per year, compared to just over R1,000 for the best first-line treatments available. What is more, some drugs used in third-line regimens are not yet registered in South Africa. For example, in order for Thembisile to have tipranavir, the Ubuntu clinic needed special permission from the Medicines Control Council to use an unregistered drug. If any other patient needs tipranavir, or another unregistered ARV, Ubuntu will have to go through this long process again.

For Thembisile price is not the only problem with third-line treatment. He has to remember to take five drugs in the morning and seven in the evening. When I ask him if a fixed-dose combination—multiple medicines combined into one pill—would help him with adherence, he nods. “Mistakes happen…one or two tablets…would be easier.”

He points out that two of his pills, tipranavir and ritonavir, need refrigeration. “I have a fridge at home, but if they could make a tablet that didn’t have to be in the fridge all the time, it would be much easier. …A lot of people will want to use third-line but they don’t have fridges, so what’s going to happen to them?”

Thembisile is upset that third-line is only available to some people in South Africa: “The government must do something to make sure more people who need it can get it.” Currently MSF provides third-line for three Khayelitsha patients and three more are due to start soon.

He is grateful to the Khayelitsha project for more than just the life-saving drugs. A few years ago Thembisile moved to Mitchell’s Plain to live with his family, and the move made him realise how important Ubuntu was to him. “The treatment… is fine in Mitchell’s Plain, but it’s not like here in Khayelitsha, [where] people are [open] about their status. If you go to the clinic, you find warmth, people are talking everywhere, in every corner. You don’t see that in Mitchell’s Plain…”

But Thembisile knows that even those in Khayelitsha have a lot to learn. At the end of our interview, he turns to me, making sharp eye contact.

“There’s something I want you to make clear to your readers,” he says. “Failing first-line, or second-line, or third-line doesn’t mean you’re a bad person. It doesn’t mean you didn’t take your pills right … We all have different immune systems and for some people that medicine doesn’t work. People have this idea that if you’re on second- or third-line it means you’ve done something wrong, but that’s not always true. People really need to understand that.”

2 thoughts on "Twelve years on ARVs"