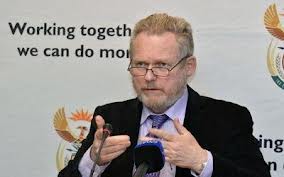 27 February, MIDRAND – Yesterday, TAC activists picketed at the Africa Intellectual Property (IP) Forum and handed over a memorandum to Rob Davies, Minister of Trade and Industry, before his keynote address. Activists were demanding that the draft IP policy, that will lead to patent law reform, be made public.

Minister Davies responded that the draft policy was now in its final stages and would be released for public comment soon.  He spoke of the need for South Africa’s IP policy to balance “the rights of innovators and the rights of humanity”.

“There needs to be both incentives for innovation as well as ensuring public health and access to medicine,” he said. The Minister repeatedly highlighted the role of generic medicines in fighting disease in South Africa and was clear that “generics are not counterfeits”.

Vuyiseka Dubula, TAC General Secretary said, “People living with HIV demonstrated to highlight the importance of public health interests during this IP discussion. We are not protesting against the minister, but rather reminding policy makers of the voices of marginalised people. Those living with HIV and TB and civil society need to be included in the process that will shape laws that will have an impact on access to medicines and healthcare.”

UNDP representative Tenu Avafia also highlighted that despite 2442 patents being granted in SA in 2008 this did not encourage local production, as only one percent of these patents were granted to local innovators.

South African patients are paying much more for life-saving drugs than counterparts in other developing nations. “I am shocked by how much South Africans pay for many drugs, for example, the TB drug linezolid. In India, generic linezolid is available for less than R10 a tablet,” said Leena Menghaney of the Delhi branch of the MSF Access Campaign.  “In South Africa, Pfizer has a patent on linezolid and to get it for patients in need MSF pays R660 per tablet. This is outrageous. Fixing South Africa’s IP laws could change that.”