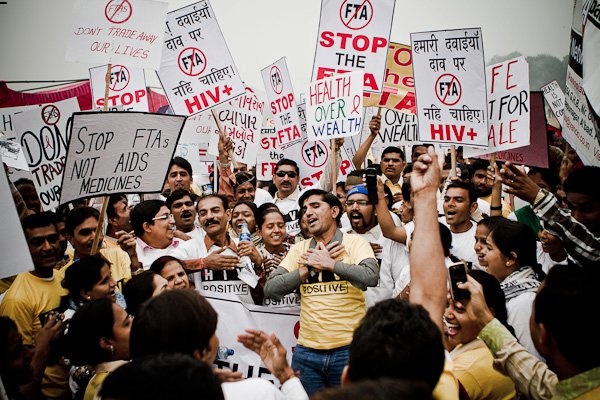 Where: Wolfson Pavilion Lecture Theatre, UCT Medical School, Anzio Rd, Observatory (Located below the round glass Infectious Diseases Building (IDDM) – accessed by the stairway to the left of the building)

High quality and affordable generic anti-retrovirals (ARVs) from India have been central to the significant scale-up in the HIV response. Due to generic competition, mainly from India, an ARV treatment regimen which cost R5,000 a month per patient in the late 1990s can be bought today for less than R100 per month. Affordable ARVs have allowed for millions of people to receive treatment, with 6.6 million people worldwide, 1.59 million of whom are in South Africa, on ARVs today. A 2010 study showed that between 2003 and 2008, more than 80% of ARVs
used in Africa were purchased from India.

Access to medicines campaigners in India were crucial to ensuring that the government included important public health safe guards in their updated Patents Act. Indian activists have since pushed for these public health safeguards, such as patent oppositions, to be used in order to promote generic competition. These battles have been crucial to high-quality, affordable generic ARVs and other medicines.

But now these hard-fought gains are being threatened: Pharmaceutical companies and powerful northern governments are pushing the Indian government to over-turn essential public health safeguards included in the country’s Patents Act. This threatens medicine access for millions
of people across the globe.

Understanding the experience of Indian activists is important for African health activists, government and policy makers campaigning for affordable medicines.

Leena Menghaney, the Indian campaigner for Médecins Sans Frontières (MSF) Access Campaign, will speak about the Indian experience of access to medicines, detailing the campaign for the pro-public health Patents Act; patent oppositions in India; and the current fight against the Swiss drug company Novartis and the controversial Free Trade Agreement currently under negotiation with the European Union. A lawyer by training, Leena has worked for MSF’s Access Campaign since
2005. She is based in New Delhi, India.