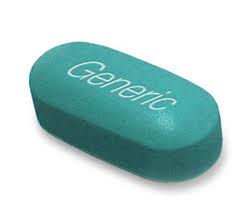 OPINION: Lifesaving drugs under disputed patents couldbecome more easily available in future depending on the outcome of a case before the Supreme Court of Appeal in Bloemfontein on Tuesday.

The case revolves around a Sanofi-Aventis cancer drug docetaxel, an important drug used to treat many forms of cancer. It has the potential to save lives or improve the quality of life of cancer patients, but remains expensive as it is under patent.

The Treatment Action Campaign, represented by SECTION27, has intervened in the dispute between Indian generic manufacturer Cipla and Sanofi-Aventis as amicus curiae (friend of the court) to argue that the court has an obligation to consider the the public interest and the right to have access to healthcare services in disputes of this kind.

The validity of the patent is at the centre of the dispute with Cipla alleging it is invalid because it is essentially not a new drug.

The product patent on the medicine has expired. The outstanding patent relates “to a composition of unpatented products, which – when mixed – facilitate the intravenous administration of Docetaxel.” Cipla is saying the patent is not valid, as it is unclear and what is patented is not new.

Unlike many other countries where patents can only be registered following substantive examinations, in South Africa it is relatively easy to register patents under the Patents Act, 57 of 1978.

In other words, the Court needs to consider the public interest factors that arise and the impact of an interdict on cancer patients.

Sanofi-Aventis sought an interim interdict from the Commissioner of Patents to stop Cipla from selling the drug in South Africa. However, the Commissioner refused to grant the interdict, ruling in respect of Sanofi-Aventis’s claim, “their prospects of success at a trial are so slender that interim relief must be refused”.

Sanofi-Aventis appealed the Patent Commissioner’s decision to the Supreme Court of Appeal.

After the Commissioner’s ruling, Cipla began manufacturing and marketing its generic drug in South Africa, with over 70 people in South Africa already accessing the generic medication.

So why is this case important to South Africa, in fact so important that TAC and SECTION27 opted to become involved?

More often than not, in South Africa patented medicines are more expensive than generic versions of drugs, with most cancer medicines being extremely expensive. It is not unusual for cancer patients on medical aid to exhaust their oncology benefits, facing crippling bills at the end of their treatment regimen.

This specific generic drug is half the price of the original drug and it is known that once a generic enters the market it encourages competition driving prices down even further.

TAC is not leading evidence or making any arguments about how effective the drugs are, or about the numbers of people who will benefit from the availability of a generic drug entering the market.

Its intervention is essentially aimed at establishing as a principle something the Court has not considered before, and that is that constitutional rights must be factored into the adjudication process when deciding patent infringement cases.

If the Court accepts TAC’s argument it will be an important advance for the rights of access to affordable medicines.

It will mean that in future in any dispute over patents in respect of medicines, the courts will have to consider the public interest and the Constitutional right of access to health care services.

It is also interesting to note that generic versions of the disputed drug are now available in the United States – a country that upholds strict patent protection. Following the expiration of the product patent, outstanding patents on the medicine that related to the administration of the medicine were declared invalid on 9 April 2012.

Mediscor reported in their 2009 and 2010 Medicines Reviews that medicine expenditure increased 25.2% between 2008 and 2010, while medicine use only increased 5.8%. In other words, there is a greater need to promote access to affordable medicines in South Africa.

Access to lifesaving medicine is a human right, not a nice to have dictated by a bank balance.