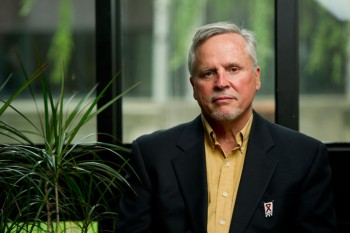 In a stunning development, following an obscure vote of Heads of State at the Africa Union in 2007 (Assembly Council/AU/Dec. 138(VIII)), the AU Scientific, Technical, and Research Commission has proposed a draft statute to establish the Pan-Africa Intellectual Property Organization (PAIPO).  This proposed legislation will be presented to a meeting of the African Ministers in charge of Science and Technology on 6-12 November 2012 in the Democratic Republic of Congo.

The statute, drafted by true believers of IP-maximalist ideology, proposes to establish a region-wide intellectual property organization with the sole agenda of expanding IP rights, strengthening enforcement, harmonizing regional legislation, and eventually facilitating the granting of IP monopolies by a central granting authority that may well be legally binding on Member States.

The Preamble eulogizes the expansion of IP as the engine of economic growth; of creativity, innovation, and invention; of technology transfer and competitiveness; of protection of indigenous knowledge; and of dissemination of knowledge and knowledge-based goods.  The objectives of PAIPO (Art. 5) include:  “the harmonization of intellectual property systems of its Member States, with particular regard to protection, exploitation, commercialization and enforcement of intellectual property rights;” the provision of common services in the “administration and management” of IPRs; “activities that strengthen the human, financial and technical capacity to Member States to maximize the benefits” of the IP system and to “eradicate the scourge of piracy and counterfeits;” and finally to lead African negotiation on IP issues.

The proposed statute thereafter establishes a Council of Ministers and its bureau, an Experts Committee and its bureau, a Board of Appeals, and the Office of the Director General (Arts. 7-11).  Although PAIPO will initially cooperate with regional IP bodies like ARIPO and OAPI along with WIPO and the WTO, the longer term objective will be to establish a single, monolithic clearinghouse for examining, granting, and registration of intellectual property rights (see Arts. 5(iv) and 6(ii)).  In addition to this function, PAIPO will “take deliberate measure to promote the protection and exploitation of Intellectual Property rights with the Member States, including conclusion of bilateral and multilateral agreements.”  The ultimate goal is the establishment of “a world-class IP systems (sic).”

Throughout the proposed legislation, there is not one reference to achieving a balance between the interests of rightholders and users of technology and creative endeavors.  There is not a word on preserving permitted limitations or exceptions to IPRs or controlling misuse of IP monopolies.  There is not a single commitment to withstanding pressures from the US and EU for ever expanding intellectual property rights that are longer, stronger and broader nor for the draconian enforcement obligations that suppress legitimate competition and impose costly border, criminal, and civil enforcement obligations on Africa taxpayers.

The truth of the matter is that the proposal to establish PAIPO is a misinformed and misguided effort by a small subset of policy makers at the AU that undermines other policy initiatives at the AU and by Member States that seek to: (1) minimize the impact of patent monopolies on access to medicines and other public goods technologies, (2) minimize the impact of copyright monopolies on access to educational and cultural resources, (3) preserve the livelihoods and agricultural vitality of small-scale farmers that still make up the bulk of the Africa economy, and (4) retain policy space for other more creative mechanisms that promote both knowledge creation and cultural expression while preserving affordable access to the same.

This wrongheaded proposal must be stopped.  Normative agency like UNAIDS and UNDP and WHO must immediately engage AU stakeholders and issue statements cautioning against adoption of the imbalanced PAIPO proposal in its current form.  Other AU bodies must demand a review of the proposed legislation and determine its consistency or inconsistency with other AU policy objectives in the IP, health, education, and development arena.  African civil society organizations and their allies must insist that the proposal be euthanized and that policy space be preserved for innovation and access measures that better meet human development needs.

The proposed statute can be accessed here