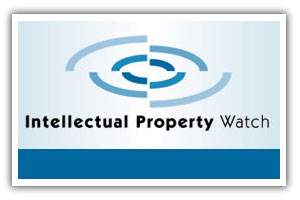 This article has been republished from Intellectual Property Watch where it was originally published on 20 August 2012.

Activists are hopeful that the still-to-be-released draft policy on intellectual property, which includes recommendations on current patent laws, will help South Africa catch up to some developing countries’ decision to allow cheaper life-saving generics into the market through the issuing of compulsory licences.

A draft policy document on IP has been in the works for some time and according to Macdonald Netshitenzhe, who is in charge of policy and legislation in the Department of Trade and Industry, a refined version will be submitted to cabinet soon.

The draft policy on IP, which is driven by the Department of Trade and Industry, is an attempt at developing a single, over-arching legal framework on IP that would inform and harness a coordinated approach on IP matters by various government departments.

The draft policy discusses all types of IP, including trademarks, copyright, patents and designs, and makes recommendations on each of these within the context of South Africa as a developing country.

It is against the backdrop of South Africa as a developing nation that health activists have placed a magnifying glass on the country’s patent laws, saying it protects big pharmaceutical companies and doesn’t make it easy for the introduction of cheaper generic medicines onto the market.

In a bid to galvanise support for a change in the patent laws, the Treatment Action Campaign (TAC), a public health-focused NGO, has initiated the “Fix the Patent Laws” campaign.

The campaign demands that patents be given only for real improvements. At present, South Africa grants patents for new uses or new formulations of existing medicines. Low patent standards lengthen the term of the patent monopoly by allowing companies to get new patents for making only small changes to existing medicines, which is termed “evergreening.”

The TAC believes that the public has a right to challenge patents and demands that the South Africa’s Patents Act be changed to allow for pre- and post-grant opposition to the issuing of patents.

Also included in the “Fix the Patent Laws” demands is the allowance of compulsory licences by government where prices are unaffordably expensive and in cases of public health and national emergencies when medicines are patent-protected.

The TAC’s senior researcher on patent law, Catherine Tomlinson, believes that South Africa provides intellectual property protection beyond what is required in international law and that patents keep prices of medicines high and out of reach of the poor.

She gave the example of the cost of a first-line regimen of medication for an HIV positive person costing US$10,000 per patient a year in the early 2000s. Today, that cost has been driven down by the generic equivalent of the drug to a cost of about US$178 (R 1,500).

Mara Kardas-Nelson, access and innovation officer for Médecins Sans Frontières (MSF, Doctors without Borders), is a supporter of the TAC’s campaign.

She said that drug companies make significant profits on patented medicines and that countries face enormous pressure not to use compulsory licences.

“The US has a watch list and threatens trade sanctions,” she said. “We saw it happen in Thailand where a company removed its products from the country after the government enforced a compulsory licence on a certain drug. We need to have the political will to stand up to this. Other countries such as India have flexibilities in their 20-year patent. South Africa has not done that, which makes medicines here significantly more expensive than other countries.”

“It’s simple economics that as more firms compete on the same product, the price of that product will lower,” Kardas-Nelson continued. “We would certainly not have been able to see a massive increase in the number of people in the developing world access first line ARVs [antiretrovirals] within generic competition and the resulting price drop.”

Activists campaigning for a change in South Africa’s patent laws refer to the World Trade Organization Agreement on Trade-Related Aspects of Intellectual Property Rights (TRIPS) as a stumbling block to allowing for more cheap generic medicines to be sold in the country, especially to treat persons with HIV, tuberculosis and patients with cancer.

It is under this agreement that signatory countries had to grant patents for periods of 20 years. The TAC and their supporters say that the protected long patent period results in the high cost of medicines without the option of cheaper generic drug competition during that time period.

Furthering their argument that South African patent laws are out of step with international declarations on the issue, activists point to the 2001 Doha Declaration on TRIPS and Public Health agreed to by WTO member states. It made clear that countries have the right to decide when to grant compulsory licences and that they can do so, amongst other reasons, in response to emergencies like the HIV pandemic.

While intellectual property law remains a technical subject for most, Kardas-Nelson said that practically, it is not such a complicated issue.

“In a way, intellectual property is very complicated in practice, but it’s actually not so complicated at all,” she said. “You put more generics on the market and the price of medicines drops. People do understand the issue of access to medicines since almost every family has struggled with that. When you say that this medicine is less expensive in India than here, people understand that,” she said.

The TAC’s campaign has attracted some support from pharmaceutical industry stakeholders such as the National Association of Pharmaceutical Manufacturers (NAPM).

NAPM is a voluntary. non-profit organisation made up of South African generics-based pharmaceutical manufacturers and distributors.

The NAPM, like the TAC, has made a submission to the draft IP policy. The group believes amongst other things that the patent laws as they currently stand are problematic and lead to the abuse of the patenting privilege.

In response to a query from Intellectual Property Watch as to whether it supports the TAC’s campaign, the body responded in part: “Evergreening of patents, whereby patents are granted (for often small or non-inventive steps) is a greater issue in South Africa as there is presently no investigative process in the South African patent office. For this reason, patents are granted as a matter of procedure, even if they are obviously invalid. The onus is left to generic companies to apply to the courts to revoke the patents.”

The statement continued: “With the courts experiencing major backlogs, this further adds to the significant delays generic companies face in having their applications heard. This in turn delays and impacts the entry of generics onto the South African market.”

But the campaign to fix the country’s patent laws does have its detractors who have expressed some caution in the attempt to revamp the laws.

The Pharmaceutical Industry Association of South Africa (PIASA), a trade association of companies involved in the manufacture and marketing of prescription medicines in South Africa, also made a submission to the draft IP policy.

PIASA Chief Operating Officer Vicki St. Quintin said that while PIASA supports the ideal that the population should have access to efficient healthcare services and quality medicines, “it is essential that any intervention does not result in a trade-off of short-term gains for the loss of sustainability, access to innovation and loss of investment. The local registration of innovative medicines feeds the generic pipeline of the future.”

“There is no consensus that intellectual property rights prevent access to medicines,” she said. “In addition, price is not the only factor in determining access to medicines and a number of other factors should also be considered, including political will, lack of resources and infrastructure, regulatory issues such as tariff barriers and most important, funding issues.”

St. Quintin added that South Africa is a high-level user of generic medicines, with more than 60 per cent by volume in the private sector being generic medicines and at least a similar level in the state sector.

“The long-term results of weakening intellectual property laws should be carefully evaluated against the existing and long-term benefits of having access to new and more effective medicines, which eventually become the generics of the future. The industry is committed to working with other stakeholders to overcome the barriers to access where they exist and to finding creative solutions to ensure the best patient care,” she said.

The draft policy on IP indicates that it is attempting to remedy the reality that South Africa does not have an IP policy and the subsequent result that the country’s approach to IP matters is fragmented and is not informed by national policies. The draft policy recognises that the concluded IP policy must be “fused” with all relevant national policies, be it on trade, public health, indigenous knowledge, innovation and development.

It will now be up to cabinet to approve the draft policy ahead of its release to the public for further comment.