Globally people are suffering and dying needlessly because governments are unable to afford to buy medicines to save their lives. It is time to Fix the Patent Laws to save our lives!

China and others stride ahead on compulsory licensing – where is South Africa? 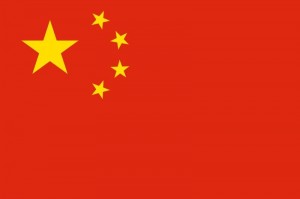 With recent amendments to its patent laws, China becomes the latest in a string of countries to promote access to medicines through an enhanced compulsory licensing (CL) framework. South Africa must move to develop more effective CL laws of its own.

CL is when a government allows someone to produce a patented product or process without the consent of the patent owner.[1] In the case of medicines, CLs are generally issued where there is a critical need for a certain drug, but where that drug remains inaccessible (usually because of the high price brought about by the patent).

Despite the fact that CL has been part of Chinese law for some time, China, like South Africa, has never actually granted a CL. To address this, the Chinese government revised its patent laws in 2009, with implementing regulations coming into effect just last month. Read together, these new laws provide, amongst other things, detailed guidance on CL procedures, and confirm that CLs may be granted ‘for the benefit of public health’, as well as for the purpose of export.[2]

While the revisions are expected to generate negative attention from some sectors of the pharmaceutical industry, it is important to recall that CL is expressly provided for under international law. Under international agreements, countries have the right to grant CLs,[3] and the freedom to determine the grounds upon which they are granted.[4]

China is joining BRICS partners and a number of other countries in embracing CL for its potential to bring down prohibitive medicines prices. Brazil, for example, is an established user of CL, having used or threatened to use CL to achieve price reductions over five separate episodes between 2001 and 2009.[5] Between 2006 and 2010, Thailand invoked CL four times.[6] And India also joined the ranks recently, granting its first CL in May (see our earlier post on that development here[7]).

Yet, despite massive health challenges, South Africa has not seen any progress on CL. While CL is technically provided for in our laws, it has rarely been entertained, and never been granted. South Africa’s low uptake is partly due to a lack of political will, but also due to a sub-optimal legal framework for granting CLs, where it is difficult for third parties to make an application (which is only available through the costly court system, and only on the grounds of ‘abuse’ by the patent holder, which is difficult to establish).

We can move to a more efficient, user-friendly CL system by changing our Patents Act in two important ways.

Making these changes will encourage and facilitate CL activity, paving the way for more competition, and ultimately, better prices for the medicines we need in South Africa.