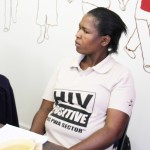 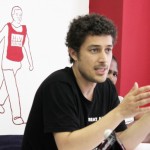 (Cape Town) – Ten years ago this week, member countries of the World Trade Organisation (WTO) signed the Declaration on the TRIPS Agreement and Public Health (“the Doha Declaration”). Members were gathered in Doha to discuss valid concerns that an international agreement to protect intellectual property – the Agreement on Trade-related Aspects of Intellectual Property Rights (TRIPS)[1] – would undermine the ability of countries to achieve the right to health.

In order for countries to use the public health flexibilities contained within the TRIPS agreement and the Doha Declaration, they must be enacted into national legislation. “Despite significant health burdens in the decade since the Doha Declaration, very few developing countries have amended their laws to fully utilise the flexibilities to protect health,” said Mara Kardas-Nelson of MSF’s Campaign for Access to Essential Medicines. “While it is the responsibility of individual states to ensure that TRIPS flexibilities are included within national law and utilized to protect public health, we have also witnessed consistent and aggressive bullying by the European Union, the United States and pharmaceutical companies to prevent developing countries from using these life-saving flexibilities.”

Middle-income countries were given until 2005 to enact TRIPS-compliant national legislation which ensured 20-year patent protection on pharmaceuticals. “If it had not been for this window period where middle-income countries could produce generic versions of antiretroviral therapy (ART), India could not have produced high-quality, low-cost ART. As a result of generic competition, we saw the cost of a first-line ART regimen drop by 99% in a decade. Without this price decrease, millions of people would not have access to these life-saving drugs,” said Dr. Gilles Van Cutsem, MSF’s Medical Coordinator for South Africa and Lesotho. “But that window period is now closed and we are deeply concerned about the lack of options to bring generic versions of new medicines to the market. Without generic competition, we’re seeing the cost of second- and third- line ARVs up to 20 times more expensive than first-line ARVs. It is vital now more than ever that countries use all of the flexibilities available to them to protect public health.”

The consequences of South Africa’s strict patent protection are high medicine costs and the delayed availability of affordable generic medicines.” Mediscor[2] reported in their 2009 and 2010 Medicines Reviews that medicine expenditure increased 25.2% between 2008 and 2010, while medicine use only increased 5.8%.

Under the Constitution, the South African government is obligated to take reasonable legislative and other measures, within its available resources, to achieve the progressive realisation of the right to have access to health care services, which includes access to medicines. Given the massive health needs of the country, government should amend South Africa’s Patents Act to take full advantage of provisions in the TRIPS agreement, including but not limited to those outlined in the Doha Declaration, to protect public health.

President Jacob Zuma recently signed on to a joint declaration[3] with the presidents of India and Brazil recognising that the impact of intellectual property on health, access to drugs and prices can best be tackled by enabling the scaled up production of generic medicines through the full use of flexibilities provided by the TRIPS agreement, in accordance with the Doha Declaration. However, we have not yet seen any concrete indications that government will take steps to fulfil this commitment by enacting TRIPS flexibilities into national law.

“Why is our government putting the profits of pharmaceutical companies ahead of our lives?” asked Nokwanda Pani, a TAC Treatment and Prevention Literacy Practitioner from Khayelitsha.

[1] TRIPS was adopted in 1995. Developed countries were required to immediately provide intellectual property protection in line with TRIPS. Middle income countries were given until 2005 to update their laws.
Mediscor is a pharmaceutical benefit management company based in South Africa that manages the medicine benefits of over 1.5 million medical aid beneficiaries.
[3] Joint Declaration on India-Brazil-South Africa (IBSA) Fifth Summit. 18 October 2011. http://www.info.gov.za/speech/DynamicAction?pageid=461&sid=22499&tid=46497